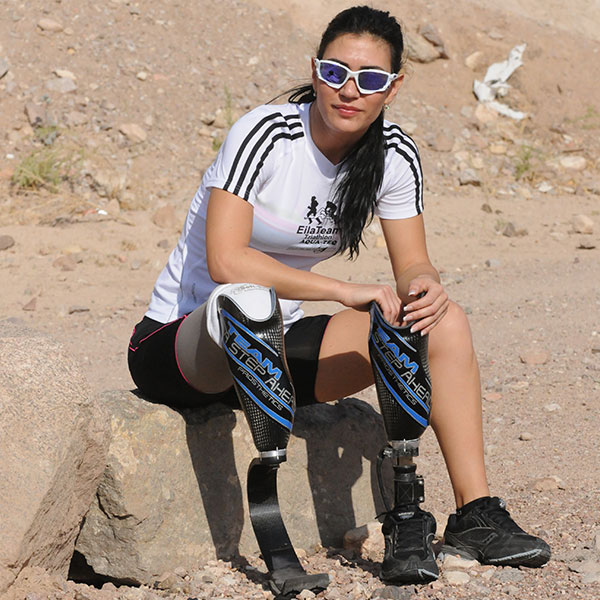 Einat Malka epitomised health, energy and fitness. She was the Israeli Karate Youth Champion and, in the IDF, served as a fitness instructor for elite combat units.

Then, in 1997, during a training run, her life changed forever. A sudden injury resulted in a rare chronic pain syndrome in Einat’s right leg which made her life unbearable. She could no longer do the things that gave her life meaning. Even walking was a battle.

For ten years Einat fought depression and despair; fought to be a mother to her active baby; fought to get through every day.

Einat’s answer was to lose so she could win. When doctors advised amputating her dead limb, Einat agreed. From that day forward, she began to reclaim her life, with hours of rehabilitation, retraining and readjustment at the Beit Halochem Centre in Beer Sheva. Now Einat epitomises an indomitable spirit that is enabling her to train for her first triathlon.

Your donations will mean we can lift wounded veterans like Einat out of the depths of depression and help them take control of their own future.

The donations we received meant Beit Halochem could help Einat in her battle from despair to aspiring triathlete.

It takes £40,000 to give disabled soldiers like Einat the resources they need to embrace their future.